A press release that has been met with sharply divided opinions was released by the BSB energy group:

“BSB propose community wind farm for County Waterford
BSB Community Energy Ltd. (BSB) is a limited company established by a substantial number (50+) of local people in the Bunmahon, Stradbally and Ballylaneen area of the county to promote a ground-breaking wind energy project which will be 100% community owned.
The project is striving to become only the second 100% community owned wind farm in Ireland, the other is in Templederry, Co. Tipperary. It is widely acknowledged in the wind renewables industry that the future of wind in Ireland will be dependent on communities taking control of these projects and this is exactly what BSB is striving to achieve. While a community wind farm is still a business, it is owned by the community and therefore the community will reap the…

It is important to state at the outset that there may be a proper and legal reason why Irish wind development companies are connected to the Irish companies that are listed in the #PanamaPapers. In some cases there may well be no connection at all as the services of company registers is utilised.

Independent Trustees services with an address of Harmony Row, D2 is listed. It is also listed in a 2012 CRO entry for the Wind Development Co. Reforce Energy Ltd Reforce Energy 2012 B5

Capita at 2 Grand Canal Sq, it has numerous Wind Development Co.’s from it’s D7 address listed in the CRO…

Cogent Fund Nominees with an address of Blackrock, Cork is on the #panamapapers. Cogent is listed on the CRO as well…

Again, it is important to state that there may well be no connection to any of the many listed Irish Wind Co’s and the #panamapapers.

The question is, ” how do we know there isn’t?”

Most of the listed Wind Development Co’s have availed of BES/EIIS schemes in their initial round of funding, funding that covered planning, CER connection fees, Land options, Engineering fees, & legal fees etc. it would not be sufficient to cover the cost of the Turbines themselves. Most of the listed Wind Development Co’s are receiving state subsidies via the Renewable Energy Feed in Tariff (REFiT).

It would clear up any confusion with #panamapapers and Irish Wind Development.

For some strange reason, these things are finding it increasingly hard to go the distance in Germany, Denmark & all around the world ….

Remember all those stories about wind turbines lasting for 25 years – without so much as the need for an oil-change – and being “safe as houses”?

Well, as STT followers well-know those ‘stories’ are unraveling at a rocketing rate – with giant fans collapsing in crumpled heaps; spontaneously combusting; and throwing blades to the four-winds – all over the world.

One of the major obstacles faced by acoustic experts when trying to do meaningful wind turbine ‘noise’ testing is the dogged refusal of wind farm operators to provide wind speed and operational data.

Moreover, wind power outfits have resisted, with granite-like tenacity, quite reasonable calls by noise experts to shut down their turbines (ie “on-off testing”) during the process; a step that would show – unequivocally – what noise is attributable to the turbines’ operation (as complained of by victims) and what might be put down to “wind in the trees”, the source wind industry spin-masters routinely scape-goat as the reason for the neighbours’ complaints.

STT champion, Mary Morris changed all that when she provoked the South Australian Environmental Protection Agency (EPA) to conduct on-off testing at the Waterloo wind farm in SA’s mid-north.

“All lawful modes of expressing opposition to this principle had been closed by legislation, and we were placed in a position in which we had either to accept a permanent state of inferiority, or to defy the Government. We chose to defy the law.”

(Nelson Mandela speaking at his trial in Rivonia, 1964).

I can still remember as a law student being asked to debate whether it was ever justifiable to break a law on moral grounds. As a South African law student living under the evil of apartheid laws, this became more than an academic exercise, as we did our utmost to flout as many of those laws as we could, seeing it as our moral duty to do so.

My simplistic understanding of this dilemma essentially boiled down to what my lecturer called the ‘positivists’ versus the ‘natural lawyers’. The positivists argued that law and morality do…

What needs to be done to topple the #Irish Government? #Election2015@LegalEagleStar@ballyhea14@Glenna_lynch@Revolution_IRL@gazzahead

As a lawyer, I have been criticised by many, in particular fellow lawyers, regarding the stance I’ve taken with regard to the Right2Water Campaign. This is a Citizen led Movement which has arisen as a result of the Irish Governments attempt to privatize our water, regardless of how hollow the rejection of this claim is, by the Elites who run this country. I have taken to the streets and marched Shoulder to Shoulder with my fellow Citizens and am proud to do so. While many people cannot afford to pay the proposed charges being imposed on us, a lot…

When it comes to insurance, even those who are naturally inclined to tell porkies are forced to tell the truth.

The first principle of insurance law is uberrimae fidei, which is interpreted to mean “the utmost good faith”. Essentially this means that both parties to an insurance contract must be upfront and completely truthful in their dealings with each other. The failure by either side to be truthful means that the insurance policy can be refused. If the insurer was not completely truthful about the contents of the policy on sale, for example, the insured will be entitled to a refund of premiums paid and perhaps damages; whereas if the insured is not completely truthful, the insurer can repudiate the policy and refuse to pay out compensation for the damage or loss to the thing that has been insured.

Giant fans next door? No deal …

Wherever giant fans have gone up – or are threatened to go up – neighbouring homeowners are finding that the value of their properties is being slashed in half – if they can find a willing buyer at all.

Scottish real estate agents trying to sell homes situated anywhere near giant fans are finding the task almost impossible, one of them, Iain Robb stating that:

“Properties next to sites where a planning application for a windfarm has been lodged are virtually unsellable.” (see our post here)

A while back we covered a report on the impact giant fans have on Australian rural property prices – put together by highly experienced property valuer, Peter Reardon. Reardon compiled a 30-page dossier on the impacts of wind farms on adjoining or nearby rural farms and found that having fans as neighbours led to discounts…

Seeking redress in Ireland’s superior courts is expensive and is in general the last resort for many.   However, 2014 will be seen as a significant year in relation to the number of wind farm cases initiated. For example, if you look to An Bord Pleanála wind turbine planning figures for 2014 – up to 31 October 2014 – a total of 117 wind turbines were granted permission by the planning board, it is therefore notable that a staggering total of 89 turbines (more than 76% of that total) cannot proceed to be built as they are subject to high court judicial review.

In any functional democratic society the issues giving rise to this extraordinary percentage of wind farm related cases would be addressed.  Not only does the number of cases point to a significant lack of public and community acceptance of wind farm planning policy and subsequent approved projects in…

I find it extraordinary that a hundred thousand people marched on Dublin about the water charges, and yet despite the fact that the Irish citizen is charged one of the highest electricity prices in the world, we pay our ESB bill without a murmur.

Unlike the water charge, the electricity price affects EVERYBODY, even those with their own well and/or septic tank.

So why are we not shutting down Leinster House in our protest about electricity prices which are subsidising the profits of big business? Why are we not taking to the streets to give vent to our anger about this country’s insane energy policy which is causing a proliferation of private wind farms and monster pylons, paid for by you, which are destroying our health, our environment, our industry, our economy, our very future?

The End of Community: Wind Farms

Berserk Warriors: it’s the Dane’s Turn to Take Cover as (Yet) Another Turbine Self-Destructs 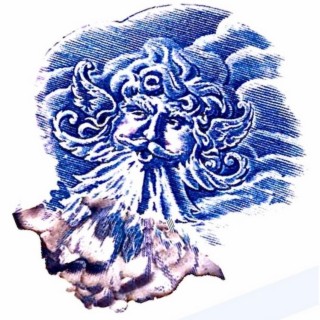